From Winner House (1953), one of few hotels in North Point, to now, YIXIN RESTAURANT has surpassed half of a century and is proud to be a part of the Hong Kong catering industry. The founder, Mr. Wong Jim-wan used his hotel experience gained at Winner House to develop a unique Cantonese cuisine, representing the Hong Kong style of Cantonese cuisines. Signature dishes include Roasted Duck in Pipa Style, Fried Crab with Ginger and Spring Onion, Boneless Chicken in Lemon Sauce, Baked Fish Guts, Smoked Pomfret, Crab Cream in Shark's Fin Soup, and a variety of nostalgic Dim Sums etc., all of which are for the enjoyment of YIXIN's customers. Some of whom have been customers from three generations.

YIXIN RESTAURANT is now managed by the youngest daughter of Mr. Wong, Mrs. May To who continues the family tradition of "guest first and honest about food". One of the employees, "Uncle King" has been working in YIXIN for more than 60 years, who started out as a Trainee and promoted to the position of Head Chef over the years. He witnessed the changes of YIXIN, which first opened its door at North Point in the 50's, relocated to Lockhart Road, Wanchai in the 60's , Lee Theatre, Causeway Bay in the 90's , Happy Valley in 2004, Jardine's Lookout in 2007, and has now been back to Wanchai since 2008.

Most of our dishes have been carefully prepared and cooked with food ingredients in top qualities and skills that have accommodated over the years. Our qualified chefs are normally trained or re-trained for several years to reach to such a level that they can prepare food independently and to the standard which our Head Chef would approve. Some of our dishes have been passed down from decades ago and still remained popular dishes with the same recipes, now serving to our customers. 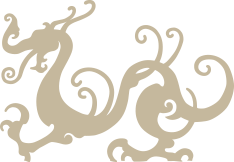